Minimum Wage Increase - To Increase ALL Wages or Not

When the minimum wage increases should you increase all wages by that amount?

This is a question we are often asked, and a question that is really open to the individual opinion. We can’t give you the answer to that, but we can give you some things to think about.

Before we get into it, many believe (and not disputed among economist, apparently) when the minimum wage increases, not everyone on the minimum wage will feel it as some will receive reduced hours, lose other benefits and may even eventually lose their job; and prices tend to rise across the board as a consequence. Some even say, the only people that win are the government… more tax in their pocket.

How Will Staff Perceive it?

When the minimum wage goes up, if the staff that are not on the minimum wage don’t also get an increase, will they think ‘gosh, I am even closer to minimum wage’. Will they feel devalued and do they have the right to feel devalued? I certainly know I never felt this way as an employee, but I know that some do. Just because the government increases the minimum wage, does it now mean that job of ‘Computer Analyst’ is now worth more? Whether I believe that they should get a raise or not, employees do need to remember that they are not entitled to a raise (unless on minimum wage) and if an Employer gives them one anyway, you would like to think that the employees will feel very grateful. On the other hand, us Employers need to at least consider the option of putting up all wages and re-look at what jobs are worth, how much you can afford and compare the wages you pay to the current market.

If minimum wage goes up a reasonable amount, which 75 cents is the highest it has gone up within one year for a number of years, we need to consider that we will see prices rise across the board. This will be for both businesses and the consumer. Therefore, it is reasonable to assume that all staff should receive a wage increase, but you also need to raise your prices. Maybe, it is worth considering crunching the numbers and seeing what the affect will have on your bottom line and cashflow if you increase your wages, as well as your expenses. It is important that you understand this impact before you start increasing both wages and your charge out rates.

Will you Need to Increase Rates?

Following on from above, it is important that you understand the impact that a wage increase plus an increase in expenses will have on your business. How can you increase your charge-out rates before really understanding this? So, this answer is really easy, if you are increasing your wages, and we pretty much know that expenses are going to increase, then yes, you must increase your charge out rates – unless you want to take a drop-in profit. Yeah…nah. So, get crunching your numbers! Hopefully, you already have a budget, so it shouldn’t take long to do a scenario of wages, cost of sales and expense increase and then see how much you need to increase your income by. But remember, consider your customers before raising your prices and make sure (a) it is affordable and (b) that you aren’t pricing yourself out of the market.

What about Cost of Living Increase?

This is a question that I have recently had. Shouldn’t I have my wage increased by both the minimum wage and cost of living (annual wage increase)? That question blew me away, as I had never considered that. If you are increasing wages by the minimum wage, should that staff member also get the yearly raise in cost of living? Isn’t that double dipping? Isn’t increasing the minimum wage just a government forced cost of living increase? That could be a big hit for a company if they did that for all their staff. Instead, I recommend reviewing the job itself, their performance and the market rates for that job and then make an informed decision about what that staff member deserves, what the role warrants and what you can afford (as we know, that can be two very different things!!).

In my opinion when the minimum wage goes up, it is an opportunity to review all wages, and not just those on minimum wage. Whether you increase all wages, is up to you, as you are the one that needs to be able to afford it, so I can’t give you that answer. Just consider all of the above and go crunch those numbers! If you do increase all wages and not just the minimum, then good on you! 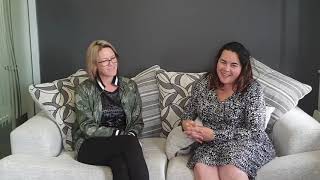 5 Steps to Systemise Your Business

COVID-19 Alert Level 4 and Your Business